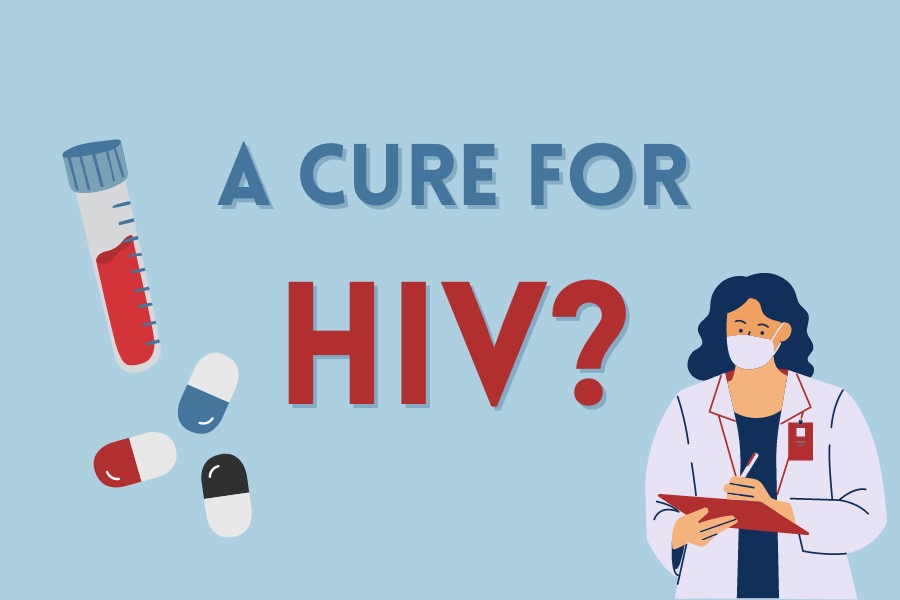 Antiretroviral therapy or ART is lifesaving for people living with HIV, but it isn’t a cure. That is because these medications can very effectively lower the level of the virus in someone’s blood, to the point where it is undetectable in viral load tests–but they don’t eradicate it entirely.

The elusive nature of the HIV virus makes finding a cure difficult, despite decades of research. Even though ART dramatically decreases the virus’s ability to replicate, copies of it are still able to evade both ART and the immune system by hiding in reservoir cells. These are cells that have been infected with HIV, but do not contain new copies of the virus, as long as ART is taken regularly as prescribed.

For this reason, research for an HIV cure focuses on figuring out what type of cells, specifically, make up these reservoir cells and where to find them. Here are three emerging research areas that show promise.

One cancer drug, Pembrolizumab (brand name Keytruba), may help to clear HIV from these reservoir cells, according to a study from the University of Washington Seattle released earlier this year. Since cancer drugs are highly toxic, the study recruited people who were already prescribed Keytruba for cancer and also living with HIV. Blood samples from study participants after taking Keytruba showed increased levels of HIV genetic material, even with ART adherence. This suggests that Keytruda could play a role in flushing HIV out of these cellular hiding spots to clear infected cells.

While this study strongly suggests potential for Keytruba to drive copies of the virus hiding in reservoir cells into the blood, where ART can attack them, the treatment was not sufficient to cure anyone of HIV. What’s more, the study had a small sample size of just 32 people (since, again, it was limited to people both living with HIV and prescribed Keytruba for cancer treatment). It also contradicts the results from another study done less than a year earlier that tested a similar cancer drug for this same purpose, but found no such benefit.

Researchers from the Vaccine Research Center in the US National Institute of Allergy and Infectious Diseases presented intriguing new findings at the 24th International AIDS Conference in July that may shine a light on how to find these hidden copies of the virus–and thus a cure. Their new technique, called Focused Interrogation of Cells by Nucleic Acid Detection and Sequencing (FIND-Seq), uses nanotechnology to detect the distinctive genetic signature of reservoir cells. Although it hasn’t been published in a peer-reviewed scientific journal yet, this research is an important development for creating an accurate assay test to find these elusive reservoir cells.

However, this research focused on blood samples, while a cure would require successfully and consistently identifying all genetic markers for reservoir cells within people’s wider immune systems. There are billions of cells in the human body, compared with an extremely small number of reservoir cells within the body of someone living with HIV, so being able to isolate and target all of them remains a challenge.

Stem cell transplants are another avenue that shows promise for curing HIV. Several news outlets reported in February about a woman who received a stem cell transplant from a donor naturally resistant to HIV to treat her leukemia, which researchers said cured her HIV. When her case study was presented at the Conference on Retroviruses and Opportunistic Infections last February, she had been HIV-free for 14 months with no ART treatment. There are two previous case studies, both of men, who also became HIV-free via stem cell transplants to treat cancer, but this was the first case where the transplant used umbilical cord blood.

However, these three cases do not translate into a widely available cure for HIV just yet, because stem cell transplants are extremely expensive and risky, with high rates of complications and death. What’s more, they are limited to people with certain types of cancer or autoimmune diseases– and require a stem cell donor with an extremely rare genetic mutation that confers resistance to HIV. So far, it has only been found in 1% of people of Northern European descent. While all three of these developments are promising, we still have a way to go in finding a cure that may be safely administered and is reliably effective for the diverse groups of people living with HIV.

The good news is that all of these findings show that a cure is quite possible, and give us a lot more knowledge about what it may look like. At NRCHA, we will continue to keep you posted on future findings on this topic.