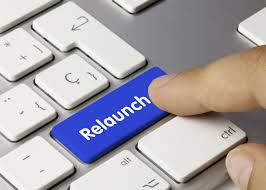 The National Resource Center on HIV and Aging has redesigned its website to provide a more user-friendly and easily navigated experience for the thousands who have registered as members of the site.

Since its start in October 2019, AgingHIV.org has provided a comprehensive array of client-focused information for older adults with HIV, who account for over half of all people with HIV in the U.S. Among them are Long-Term Survivors, who experienced the terrifying early years of the AIDS epidemic. In the first decade of the epidemic the lack of treatment meant that thousands of lives, including many gay men, would be cut tragically short.

Misinformation and fear drove the powerful stigma associated with an HIV diagnosis. That stigma, combined with rampant homophobia, caused many young people to be ostracized from their family, friends, and communities.  They watched in fear and hopelessness as many died alone.

That fear became hope when effective HIV treatments emerged in the mid-1990s. Effective treatment is the primary reason older adults with HIV are living – not dying. Unfortunately, they are now dealing with the many other conditions of aging, developing them more often than HIV-negative adults of the same age.

AgingHIV.org features clinical guides for managing multiple illnesses (known as comorbidities), developed by the American Academy of HIV Medicine. Using their clinical expertise, the site details what older adults with HIV need to know, what to ask their physicians, and what they can do on their own to stay healthy.

The site recognizes that health outcomes are determined by social determinants as well as treatment strategies, and that geriatric care principles can optimize health. There is an emphasis on addressing the mental health of older adults with HIV, who report depressive symptoms 3-5 times more often than those who are HIV-negative. They also face  social isolation, and their rate of PTSD is as high as 35%.

AIDS service organizations and community groups are mounting education and awareness efforts to let these older adults know they have not been abandoned. The site’s Resource Center gives prominence to those nationwide events.

The Resource Center is a program of GMHC, and is funded by Gilead Sciences. GMHC has launched multiple programs for older adults with HIV. Its programs will be detailed on the site, including workshops, support groups, Buddy Program, and the Terry Brenneis Hub for Long-Term Survivors.

This Resource Site will send a bi-monthly summary newsletter to all who register.